ACROPOLIS IN A WHOLE NEW LIGHT 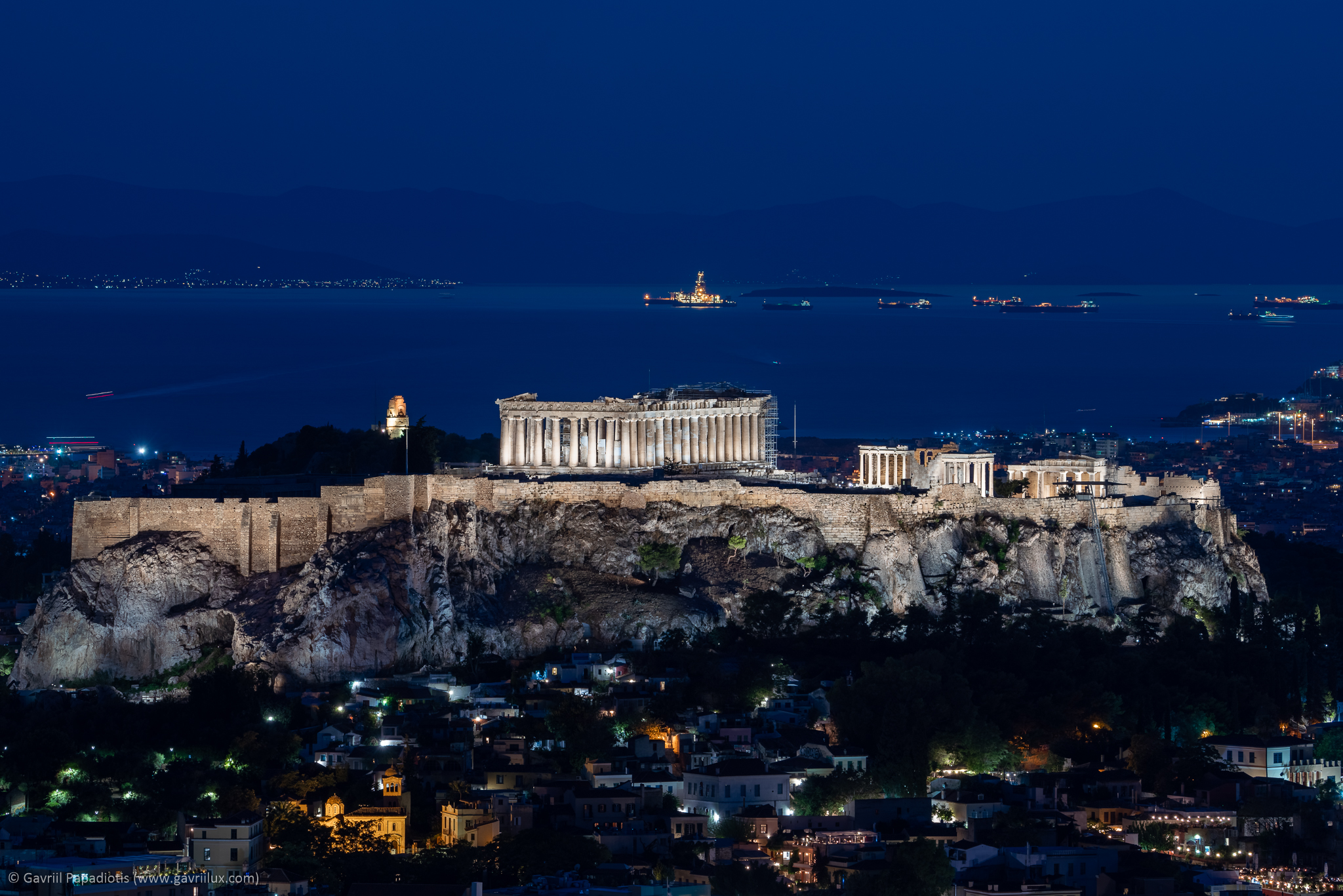 EVEN IF BEAUTY CANNOT SAVE THE WORLD, IT CAN MAKE IT BETTER.

FROM ROOFTOPS AND BALCONIES ACROSS CENTRAL ATHENS – FROM THE NATIONAL OBSERVATORY TO MOUNT LYCABETTUS, AND FROM KOUKAKI TO MONASTIRAKI: WHEREVER YOU MAY BE ON WEDNESDAY, SEPTEMBER 30 AT 20:00, LOOK UP AT THE ACROPOLIS TO EXPERIENCE THREE MINUTES FILLED WITH LIGHT.

WATCH THE LAUNCH OF THE NEW ACROPOLIS LIGHTING OVER LIVE STREAM HERE.

The Acropolis: one of our civilization’s most important monuments. A living symbol that has stood the test of time, and one of the most recognizable landmarks in ATHENS. Each of us has taken a different path up onto its rock, but all roads in the city lead there. To a place that can make us forget the surrounding urban landscape, forget even the times we live in. The Acropolis stands out for its harmony, beauty, and human scale. And now, the Acropolis is to be whiter, more beautiful, more brilliantly lit than ever before.

In a time filled with darkness and uncertainty, all we can do is seek out the light. The Hellenic Ministry of CULTURE and Sports presents the new Acropolis illuminations, a project donated and realized by the ONASSIS FOUNDATION. Following an open call, the project studies and designs were undertaken by the internationally acclaimed, Emmy Award-winning lighting designer Eleftheria Deko. This Wednesday, September 30 at 20:00, wherever you may be in the city, point your camera towards the rock of the Acropolis to capture three minutes filled with light and joy. The experience will be streamed live for all to see on the Onassis Foundation YouTube Channel and the Hellenic Ministry of CULTURE and Sports’ digitalculture.gov.gr website, and broadcast live on Greek national television (ERT1). ATHENS by night is changing. A new light shines from the Acropolis.

These illuminations breathe new life into the marbles on the Acropolis. But it’s not just about esthetics: the project is also a major upgrade of the existing infrastructure, bringing the electric power system and automated lighting control systems right up to date. It highlights the fortification walls, the Acropolis rock as a whole, and the volumes and geometries of each monument from every possible viewpoint. The marbles – now whiter than ever before – reflect every facet, every geometric shape, and every natural material in order to accentuate each monument’s decorative reliefs.

This new perspective now lights fourteen landmarks: the Acropolis rock, the fortification walls, the Parthenon, the Propylaia, the Temple of Athena Nike, the Erechtheion, the Ancient Theater of Dionysos, the Stoa of Eumenes, the Shrine of Dionysos Eleutherios, and another five monuments illuminated for the first time – the Monument of Thrasyllos, the choragic columns, the Asklepieion, the Cave Sanctuaries of Apollo and Aglauros / Klepsydra, and the Shrine of Aphrodite.

2D AND 3D MODELLED DESIGNS, LUMINOSITY READINGS, CALCULATIONS, TEST AFTER TEST – ALL TO ACHIEVE ILLUMINATIONS THAT WOULD MAKE THE PARTHENON AND EVERY OTHER MONUMENT ON THE ACROPOLIS GLEAM BRIGHT, AS THEY RIGHTLY DESERVE, IN THE HEART OF OUR CITY. SHINING THE LIGHT OF OUR COUNTRY’S CULTURE ALL AROUND, THE WORLD OVER.

All electrical switchboards have been changed, and the existing HID lights replaced with 609 cutting-edge, high color fidelity LED lighting fixtures (that’s 40% fewer than before) as part of the technical upgrade, with a view to the new installation running without issue for over twenty years. The new lighting fixtures have minimal maintenance costs, and the newly installed system delivers energy savings of more than 65%. Light pollution has also been reduced through improved target alignment with the monuments.