Δημοσίευση: A beacon of hope: Acropolis of Athens gets a new life with redesigned lighting, stirworld magazine 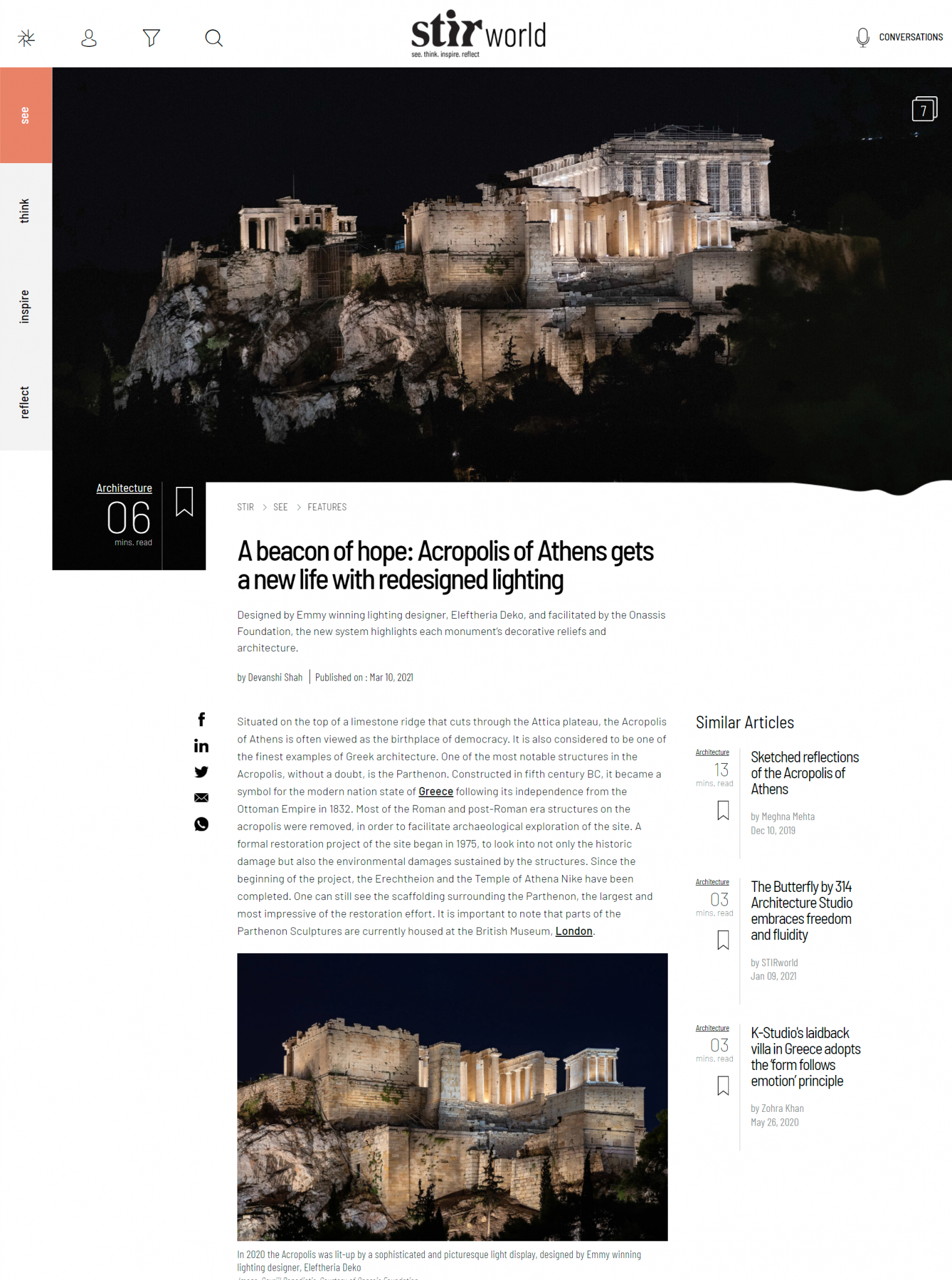 A beacon of hope: Acropolis of Athens gets a new life with redesigned lighting

Designed by Emmy-winning lighting designer, Eleftheria Deko, and facilitated by the Onassis Foundation, the new system highlights each monument’s decorative reliefs and architecture.

Situated on the top of a limestone ridge that cuts through the Attica plateau, the Acropolis of Athens is often viewed as the birthplace of democracy. It is also considered to be one of the finest examples of Greek architecture. One of the most notable structures in the Acropolis, without a doubt, is the Parthenon. Constructed in the fifth century BC, it became a symbol for the modern nation-state of Greece following its independence from the Ottoman Empire in 1832. Most of the Roman and post-Roman era structures on the acropolis were removed, in order to facilitate archaeological exploration of the site. A formal restoration project of the site began in 1975, to look into not only the historic damage but also the environmental damages sustained by the structures. Since the beginning of the project, the Erechtheion and the Temple of Athena Nike have been completed. One can still see the scaffolding surrounding the Parthenon, the largest and most impressive of the restoration effort. It is important to note that parts of the Parthenon Sculptures are currently housed at the British Museum, London. 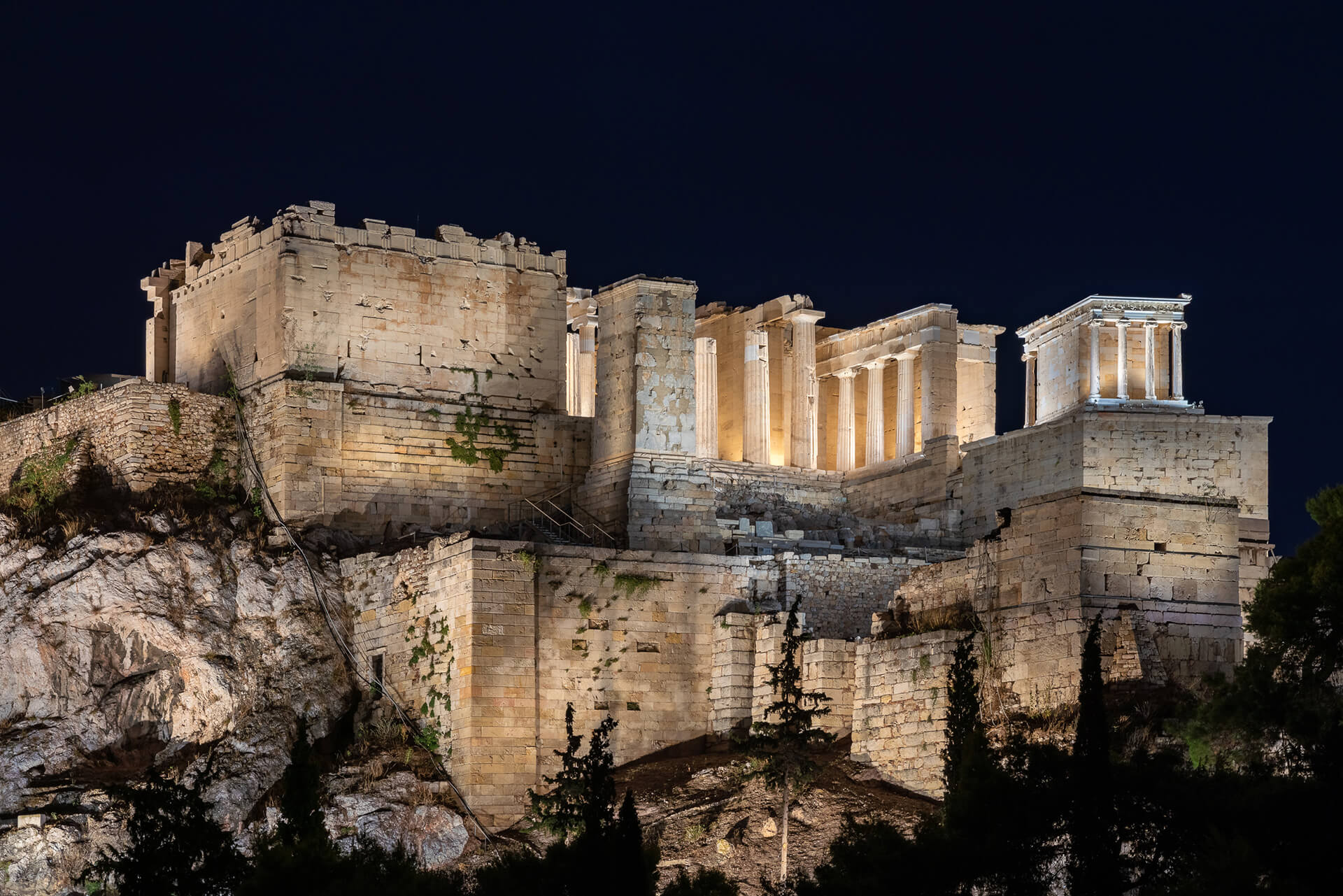 In 2020 the Acropolis was lit-up by a sophisticated and picturesque light display, designed by Emmy winning lighting designer, Eleftheria DekoImage: Gavriil Papadiotis; Courtesy of Onassis Foundation